Almitrine Solid powder Inhibitors Almitrine is a diphenylmethylpiperazine derivative and respiratory stimulant that can be used to improve oxygenation. Upon systemic administration, almitrine targets, binds to and activates the peripheral chemoreceptors located on the carotid bodies. This enhances respiration and increases arterial oxygen tension while decreasing arterial carbon dioxide tension.
Almitrine, also known as almitrinum or vectarion, belongs to the class of organic compounds known as diphenylmethanes. Diphenylmethanes are compounds containing a diphenylmethane moiety, which consists of a methane wherein two hydrogen atoms are replaced by two phenyl groups. Almitrine is a drug which is used for the treatment of chronic obstructive pulmonary disease. Almitrine is considered to be a practically insoluble (in water) and relatively neutral molecule. Almitrine has been detected in multiple biofluids, such as urine and blood. Within the cell, almitrine is primarily located in the membrane (predicted from logP).
Almitrine is a triamino-1,3,5-triazine compound having allylamino substituents at the 2- and 4-positions and a 4-(bis(p-fluorophenyl)methyl)-1-piperazinyl group at the 6-position. It has a role as a central nervous system stimulant. It is a triamino-1,3,5-triazine and a member of piperazines. 477.6 g/mol
inquiry $ $99 In stock
Formulation: 477.6 g/mol
Source:
Usage: 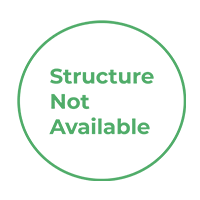